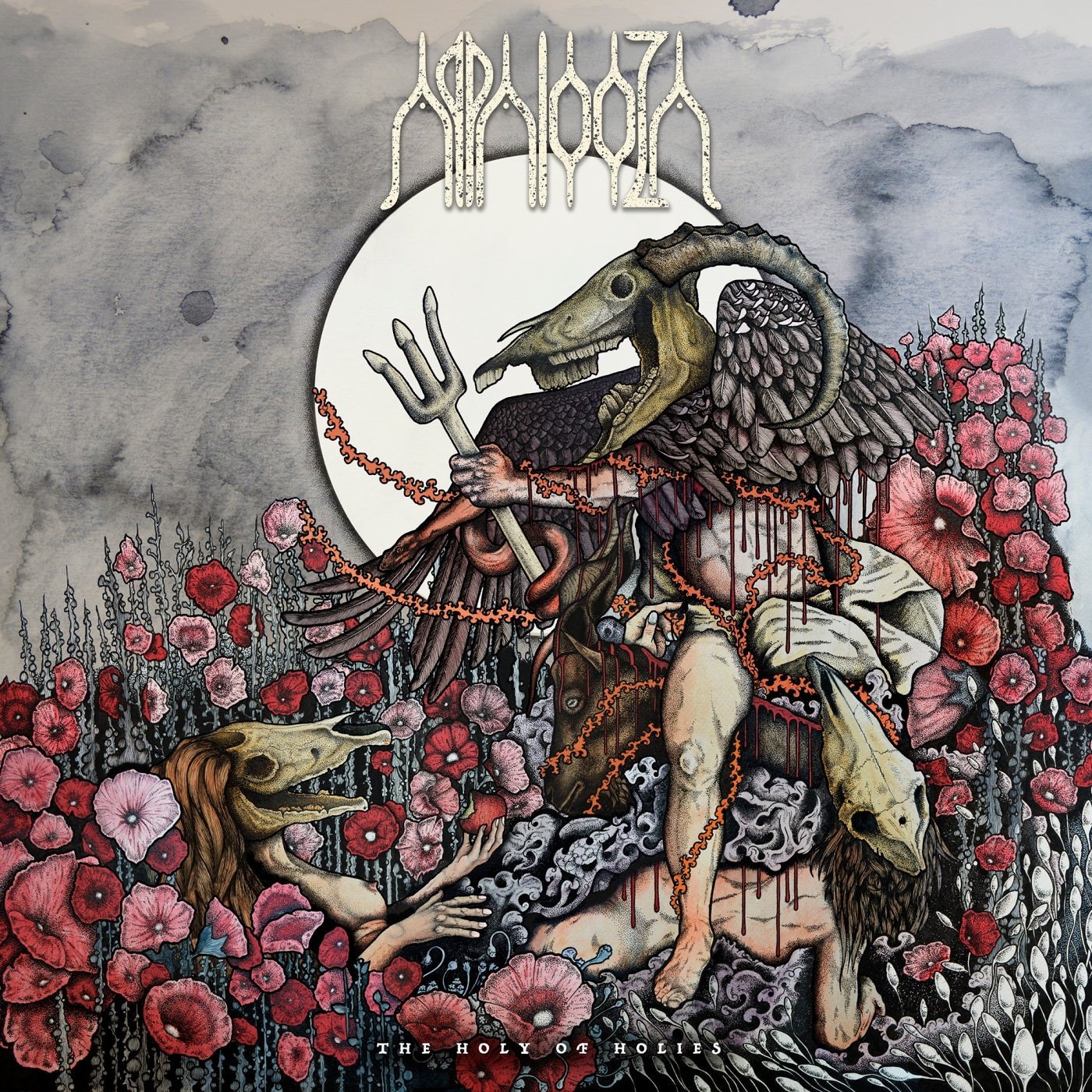 Releases come and go throughout the year. Keeping up with it all is an almost impossible task. But there are albums that need to be heard and talked about. In the case of Appalooza’s new release The Holy Of Holies I’m hopelessly behind. It was released in the beginning of February this year. And after two months of enjoying the heck out of it, it’s finally time to show some appreciation and reviewing this great album.

Appalooza is a three piece that writes songs that venture on stoner/sludge/grunge-territory. “Been there, done that”, I hear you say rightfully so. Because frankly, there are a LOT of active bands that combine elements from those subgenres. But Appalooze manages to do all the right things on The Holy Of Holies.

First of all, it’s all about the balance on this record. Balance in the vocals for instance. Sylvain Morel’s mixes up his vocals really often. He uses clean singing , but also moody grunge styled vocals and harsh sludgy screams. Besides the fact that he’s a good singer for being able to pull off this varied singing, it really makes the album more adventurous and dynamic.

The album itself is also very balanced. Not one song sounds alike, but the great songwriting and the band’s identifying sound really shows and keeps it all together. Another thing that’s great about the tracks are the details in them. It’s hard to pinpoint the details, but sometimes it’s the small things that really make a song stand out. In Thousand Years After there’s a fun, unexpected carnivalesque polka-ish rhythm near the end that’s stick to the brain. Or in Distress I really dig the unnerving screams in the background throughout the whole song, which seems to fit the song’s subject matter.

It’s things like these that makes you like, remember and play these songs again and again. Appalooza shows how to make a stoner/grunge/sludge-record that doesn’t bore and tire you with the same old styled songs. This is a dynamic, refreshing and exciting record, which needs to be heard. Go check it out now if you will.