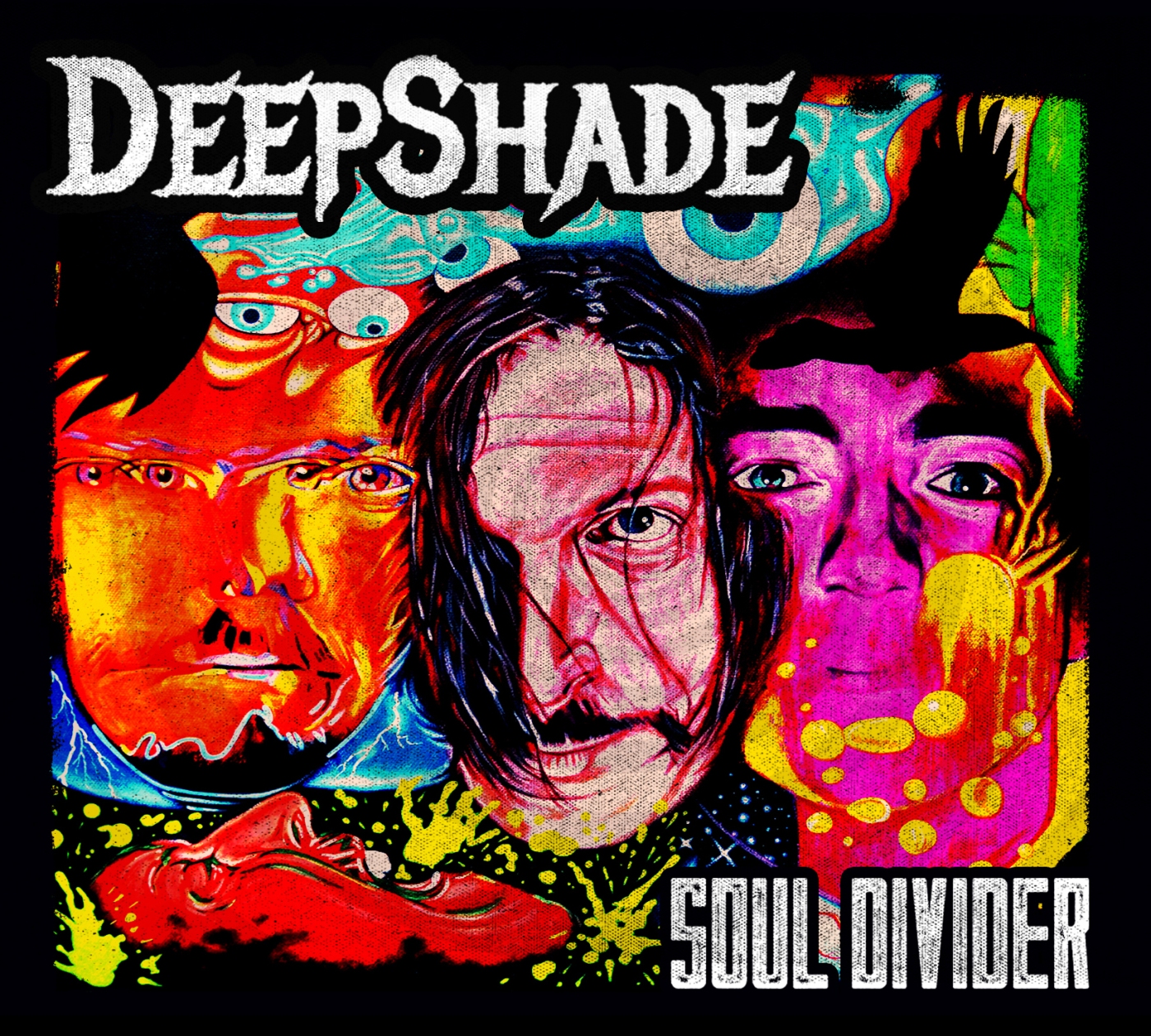 Deepshade’s second full-length Soul Divider got quite a few spins on Orange Maze headquarters the last few months. The album was released on May the 1st this year, but despite several listens, (blame the pandemic) it never came to a review on this site. The last few weeks I rediscovered the album and decided that these tracks need some well-deserve praising.

Deepshade is a U.K. based band, Wigan to precise. They play a striking mix of stoner rock, indie, grunge and psychedelic rock. Soul Divider is an album of contrasts. On several tracks Deepshade combines musical elements and use song structures that most bands wouldn’t dare to think of. For instance, on Monster, the fragile clean vocals and subdued playing in the verses are roughly intertupted by a wall of sound with huge, distorted guitar riffs and pounding rhythms. It’s an approach that could easily fail, but here it works very well.

The constant pushing and shoving between the gentle and psychedelic side of the music and the fierce, hard rocking side makes Soul Divider a very impressing and dynamic listen. The reason why the Dr. Jekyll and Mr. Hide-character of some of the tracks works is simply because the songs are well-written. Airwaves, City Burns, Arches Of Innocence, Monster, Ganzua and the title track are awesome compositions with a long expiry date. I’ve seen a lot of band name dropping when it comes to describing Deepshade’s sound. It’s almost impossible to label Deepshade’s music, but a band like Masters Of Reality comes to mind at several points during the album. It’s not their sound per se, but mostly their vibe and take on psychedelic and riff oriented music that resembles.

Soul Divider is an album that you’ll keep coming back to. With a rich and exciting, diverse sound like this and great songwriting skills Deepshade has a lot to offer for the future. Looking forward to hear more of this band.